Archive For The “Duke” Category

Louisville football: What to watch during Cards’ bye week – #ACCFootball

Winners and losers from Week 3 in college football are led by Central Florida, Clemson – #ACCFootball

Winners and losers from Week 3 in college football are led by Central Florida, Clemson  USA TODAY

Durham, NC – The Duke Blue Devils will add a new element to Saturday’s Football Game Day with the launch of a virtual Coca-Cola Tailgate Show that can be viewed live on the Duke Football Facebook page.

Beginning at 11 a.m. EDT, the one-hour show will simulcast the radio version of the Coca-Cola Duke Football Tailgate Show, while adding multiple live video streams with look-ins from the broadcast booth, the field and more.

The tailgate show includes conversations from John Roth, Dave Harding and David Shumate, and interviews with head coach David Cutcliffe and the Blue Devils, all to get you set for the noon kickoff of Duke versus Boston College from Brooks Field at Wallace Wade Stadium.

The Coca-Cola Duke Football Tailgate Show can also be heard live on 96.5 FM and 620 AM in Durham, via the TuneIn app and across the Blue Devil Sports Network from Learfield IMG College.

The new pregame element is one of a number of gameday enhancements for this season, as Duke Athletics looks to bring fans who cannot attend games due to the COVID-19 pandemic, closer to the action. Duke announced in August that the fall season would begin with no fans for all home athletic events.

Yes, We Are Ready for Some Football! | News, Sports, Jobs – #ACCFootball

Yes, We Are Ready for Some Football! | News, Sports, Jobs  Wheeling Intelligencer

“It was hot outside, but we had a good day,” redshirt junior offensive lineman Casey Holman said. “We had a lot of healthy guys back and we figured out what we needed to do better and we had to give better effort, but we executed really well.”

Duke was led by running backs Deon Jackson and Jordan Waters on the ground. A senior, Jackson led with 50 yards on nine carries and two touchdowns, scoring from two and 13 yards out. Waters, a redshirt freshman, finished with 88 yards on 12 attempts.

“Deon ran through people today,” Holman continued. “He ran hard and didn’t hesitate. He followed our guys that created the holes for him and ran with energy. He wanted it.”

The quarterbacks spread the ball across the field with senior tight end Noah Gray the only Duke receiver to have multiple receptions as the Leominister, Mass., native tallied three catches for 20 yards.

“I felt good out there,” Carter II said. “Just being around the guys and feeding off each other, it was just good to be out there and sort of in a game simulation. Just to be live and all-out without any restraints was great.”

Duke’s amended 2020 schedule has the Blue Devils scheduled to kick off the season on the road at Notre Dame on Sept. 12.

What can we learn from UNC’s Charlie “Choo Choo” Justice? Pausing sports can turn out OK – #ACCFootball

What can we learn from UNC’s Charlie “Choo Choo” Justice? Pausing sports can turn out OK  Charlotte Observer

What Did Duke Learn From Saturday’s Scrimmage? – #ACCFootball

What Did Duke Learn From Saturday’s Scrimmage?  Duke Basketball Report

As Duke And The ACC Prep For Football, Questions Linger – #ACCFootball

As Duke And The ACC Prep For Football, Questions Linger  Duke Basketball Report

‘I believe we can play’: As questions mount, Duke football continues with fall camp – #ACCFootball

‘I believe we can play’: As questions mount, Duke football continues with fall camp  Duke Chronicle

Durham, NC – Duke football had its seventh practice at the Brooks Practice Facility on Friday to close out its first week of fall camp.

Senior running back Deon Jackson and senior defensive end Derrick Tangelo spoke with our very own Blue Devil Network at the conclusion of practice to recap the week.

“Honestly, I think we’ve had a great first week of practice,” Jackson said. “The chemistry is definitely a little bit further along than I thought we would have been just because we have so many new guys and so many new pieces on the team. I feel like we’re pretty ahead of schedule in my opinion.”

Jackson, who in 37 career games (20 starts) has rushed 365 times for 1,585 yards and 13 TDs, enters the 2020 season ranking third in career all-purpose yards, fourth in rushing yards, fourth in kick returns, fifth in rushing touchdowns, fifth in kick return yards, and sixth in touchdowns scored among active players in the ACC. He has amassed 2,645 all-purpose yards and has lost just four fumbles in 444 career touches (111.0 touches/fumble).

Jackson added his thoughts on the team’s first day in full pads.

“It definitely felt good to get the pads back on and everything like that. Just being able to go full speed and put everything that we’ve been working on actually into our drills. You know we’ve got a little taste of the action and hopefully tomorrow we’ll get after it a little more.”

Tangelo was just as happy as Jackson to get the full pads back on.

“I mean it was amazing,” Tangelo said. “You know just getting that physicality back it brings it to a whole other level. We’ve been inching toward full pads as we’ve been preparing, so just to finally let it happen was amazing.”

In 34 career games Tangelo has amassed 74 tackles, 8.0 TFL, 2.5 sacks, two forced fumbles and one fumble recovery. The Gaithersburg, Md., native has had 12 games with three-plus tackles, including a career-high 11 stops against N.C. Central in 2018.

“I mean it was nerve-racking for everybody not knowing what was going to happen with the pandemic going on,” Tangelo added. “We didn’t really know what it was going to be like, but we’ve been following the right instructions. Now that we’re here it’s definitely exciting for everybody just to you know finally be back with each other, practicing and working hard going against each other. I think we’ve had a very good week. We’re building on something every day. We’re focusing more on conditioning and trying to get ourselves into the best shape possible. The coaches have got a great game plan and we’ve just been executing.”

The Blue Devils’ amended 2020 schedule has them scheduled to kick off their season on the road at Notre Dame on Sept. 12.

Cutcliffe wonders if college football will ever be the same in a post-pandemic world  WRALSportsFan.com 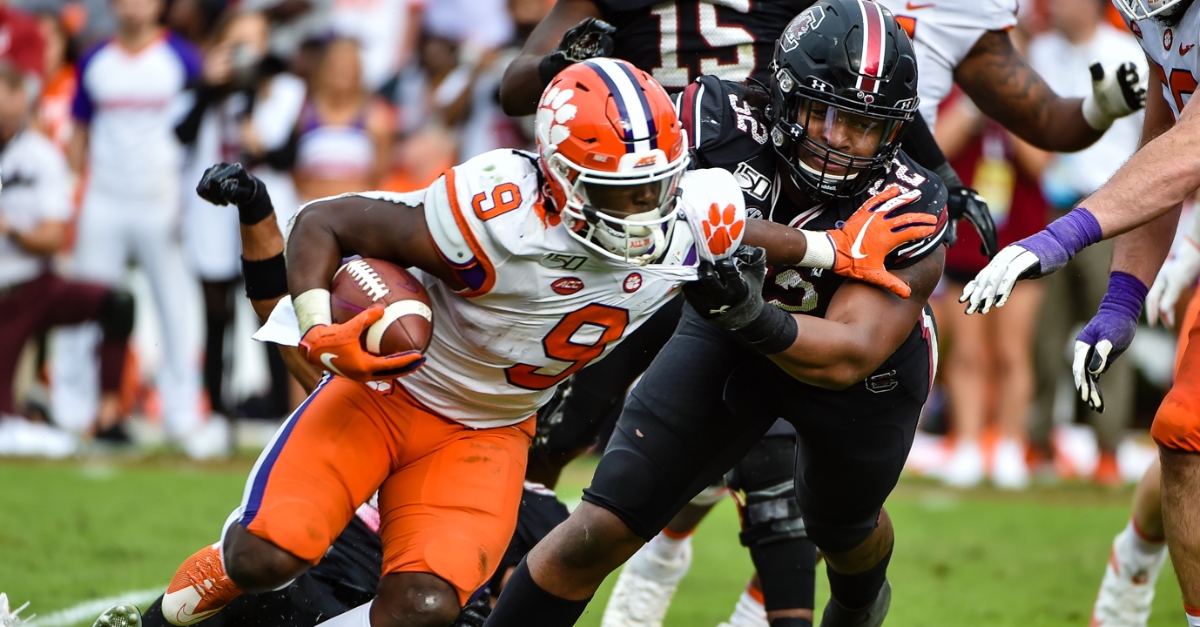 h J R
ACC Football News @accfootballnews @AlecSawyer: So, Wisconsin/Minnesota being canceled means something for NC State. With that cancelation and no scheduled Clemson/South Carolina game this year, NC State and Wake Forest now officially have the longest continuously played rivalry in college football (along with OU/OkSt) https://t.co/kDhJadZSfZ

Make sure this account has posts available on instagram.com.